Indie pictured 11 months old
I thought it was about time I updated Indies page.

Indiana is our new boy.  We bred him from Gucci and Finn.  This was Gucci 2nd litter as we mated her 3 times in total, first to Chilli, then to Finn, then to Tango. Then we spayed her and she is retired from showing and breeding.
​ We named the finn litter after Indiana Jones, and his name is Fortune N Glory  when Harrison ford said to Fortune and Glory kid, Fortune and glory!  I was also metal detecting at the time they were born so it seemed kind of apt for little hobby.  I always love using films or series to name puppies.
Indie has the perfect personality for me, he is so happy go lucky, with out a care in the world.  Maybe its because since my goof ball was born I kissed those chops on a daily basis and he just knows he is special.  He just oozes happiness.  He has the most amazing temperament and one now we hope he passes onto his offspring.
Indie is now a proven stud dog, and I am over the moon with what he has produced, those head shapes are to die for!

I want to mate him to Brooklyn next.  Tango is going to take a back seat for this year with mating bitches and Indie is going to be daddy.
Indie has a super coat, short and a uniform colour all over.  He is a lovely russet gold and he doesn't have any white hairs on him.  Not that it matters if he did, Im just describing his coat.  He has substance of bone which is lacking in some today, and he is constructed very well.  Which has shown in his show wins already.  We just love this boy.  We always said their wasn't a dog that could match our Chilli as he was the dog in a million, but now indie is catching up close to Chilli.
Indie did several obedience classes as a youngster, and still today remembers what he was taught.  He sits on command, waits, and he will do anything in the world for a milk biscuit.  In fact  I have a long line of dogs who sit waiting patiently for their biscuit.  Indie loves all manner of food, I don't think he has a favourite as everything is great.  He loves chews and natural products which we buy.  He eats rabbits ears, pigs ears, dried sardines, venison, camel, reindeer, you name it he will eat it.
He is a laugh per minute with my birds that I own.  He knows he can not have them, but sits the other side of the fence and watches the turkeys and sings to them a song.  The Turkeys are so big he would poop his pants if he was allowed in the run with them. Now he is eating fresh chicken eggs, and he helps me collect the eggs every day.   He is a personality thats for sure, one that you just adore.  He comes with me where ever I go during the daytime, along side this best buddy Ronnie & Bruce.  He loves the small dogs and lays in submission on his back, legs in the air and they play and dance all over him.  He is that soft natured.  He is a submissive dog with such a pleasant personality.

As a young puppy Indies first show was at Great Yarmouth and Gorlestons Open show, where he won Best puppy in breed and then won puppy group 1.  For those of you that do not know what a group win is, it means he was the best gundog puppy in show. So he beat labradors, cockers etc.  It is a very large group the gun dog group so he did very well.  We then retired him a bit because he was a total puppy brain and live was just wonderful.  He didnt want to put four paws on the ground.  We used to say he was like a windmill.   So we showed him very infrequently and then in 2019 he went back to the show scene but in Belgium.
He surpassed all my hopes of winning his first CACIB and CAC and then a  RCACIB and RCAC.  We couldn't of asked for more from this lovely dog. His ring presence and happiness was a benefit.  Everyone said he had showman ship which is perfect for a show dog.
So then we did two UK shows and at Both shows he qualified for Crufts dog show 2020.  We have not booked it this year sadly as we had too many other family commitments at the time of closing entires.
We then travelled again to Belgium in November 2019 to the Euro Dog show.  He won another CAC and CACIB.  Wow!
To become an international champion a dog must win 4 CACIB's in 3 different countries.  So he is half way to that title in the wins he got in Belgium.  He is also half way towards being a Belgium champion.   We can not complete his title until 1 year and 1 day from his first win.  So we aim to go to belgium again spring or summer 2020, then again summer 2020.   But in the meanwhile he is going to go to the Netherlands.
In the UK Indie will be shown in Limit class because he has won awards abroad he can only go in limit.  In Europe he will now be in Open classes. 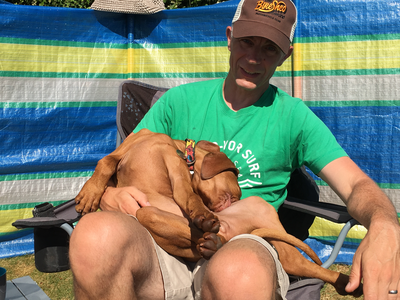 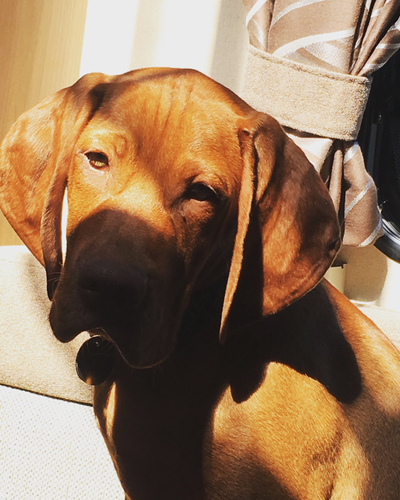 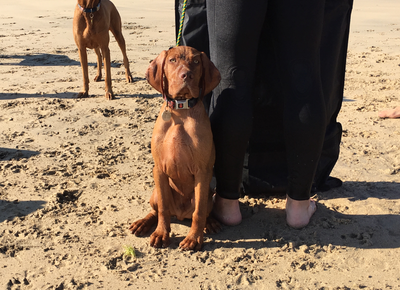 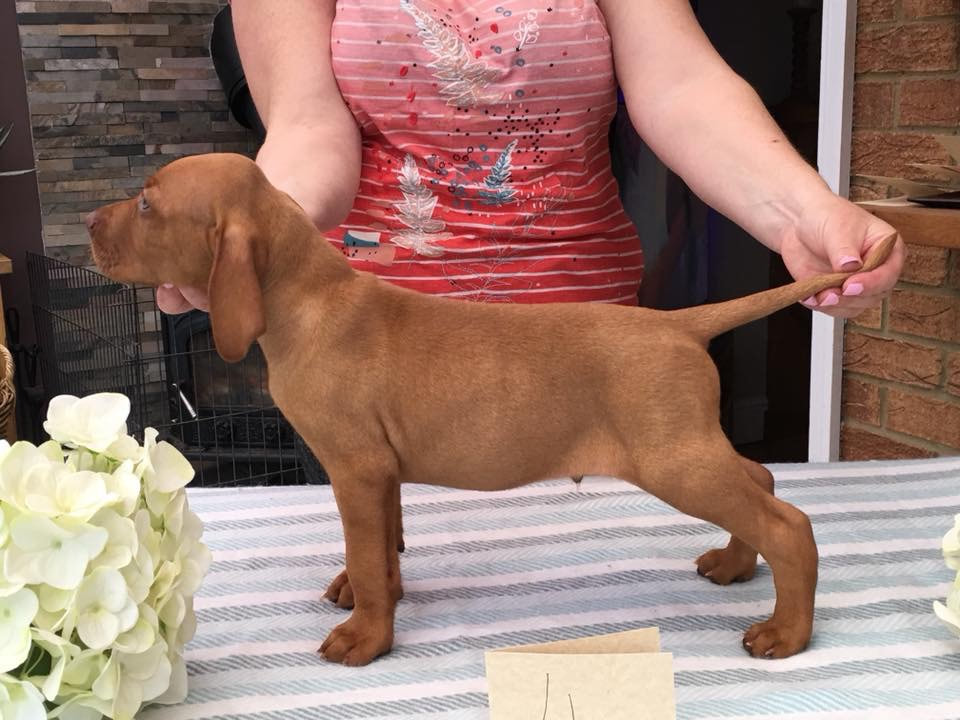 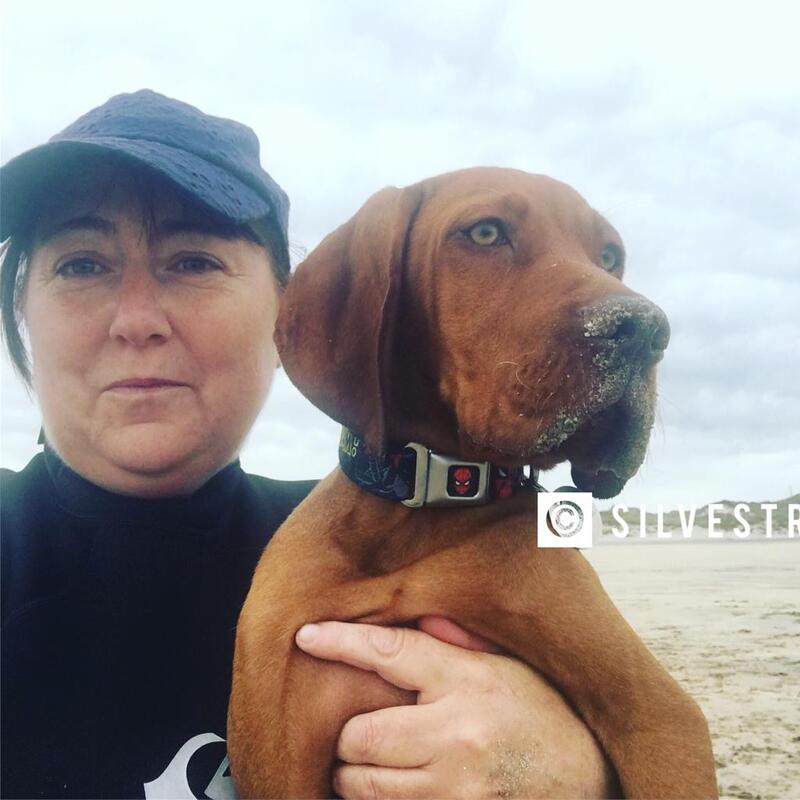 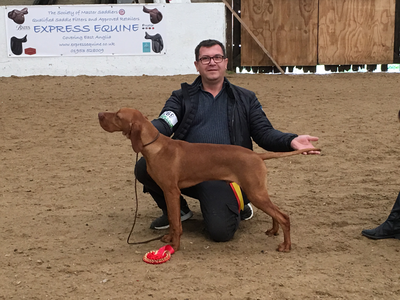 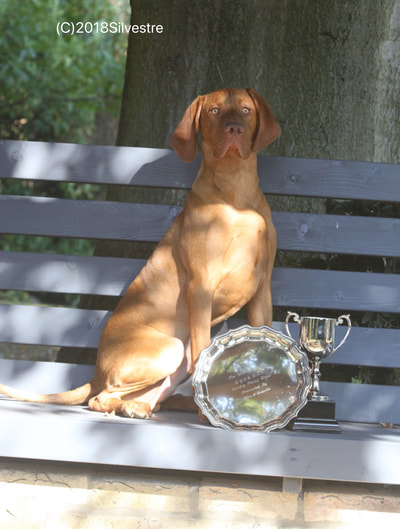 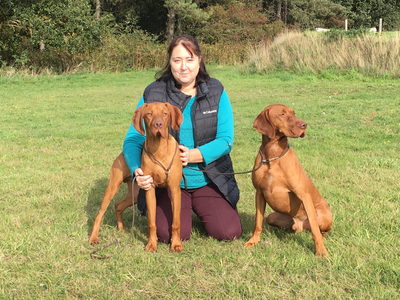 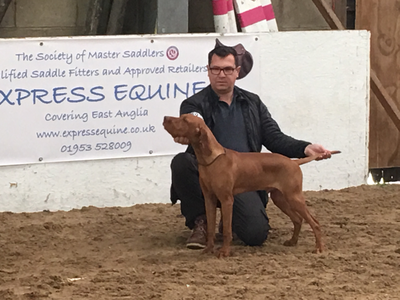 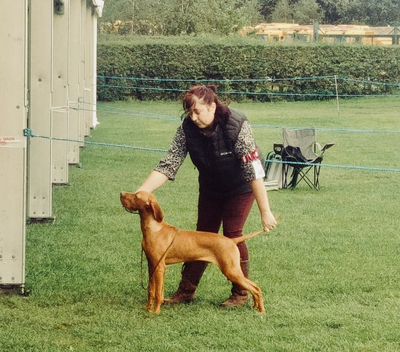 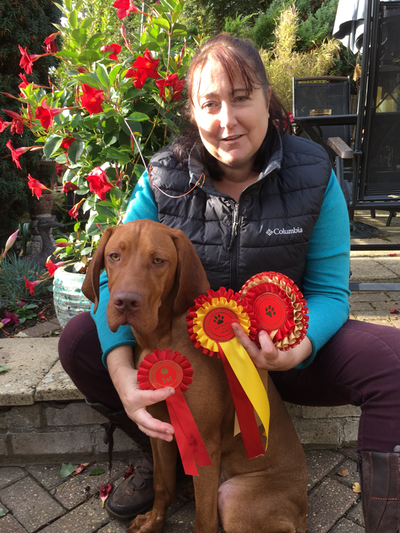 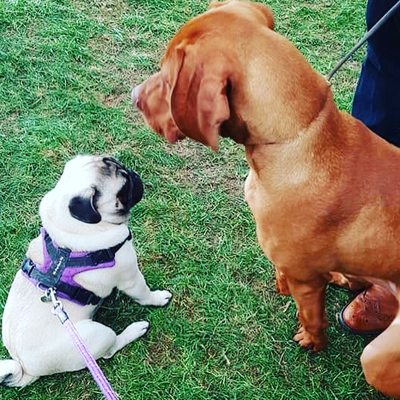 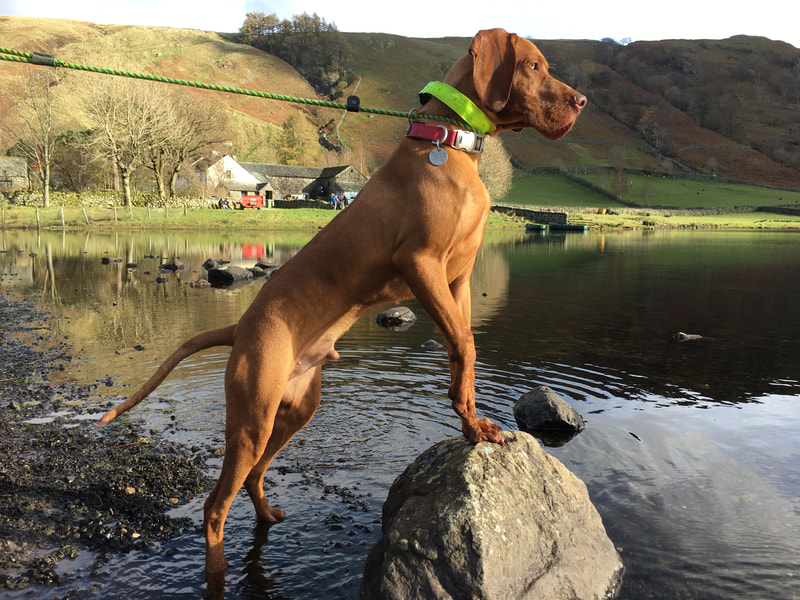 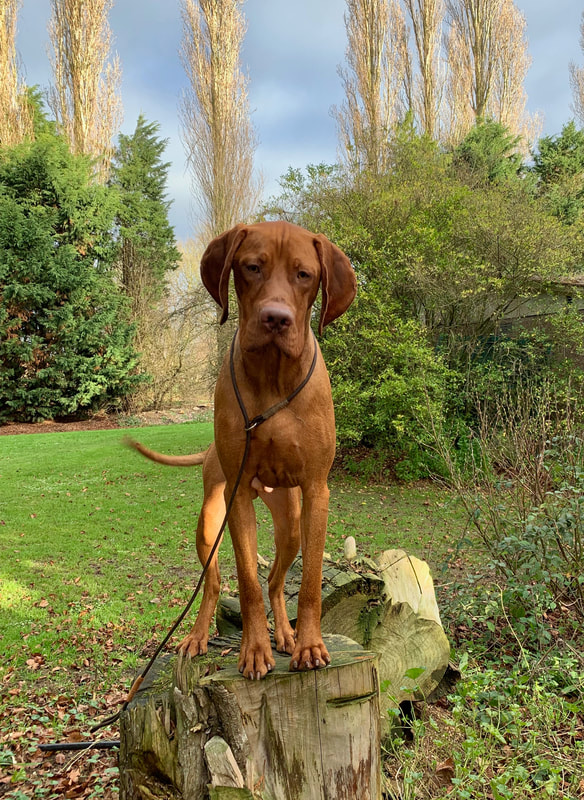 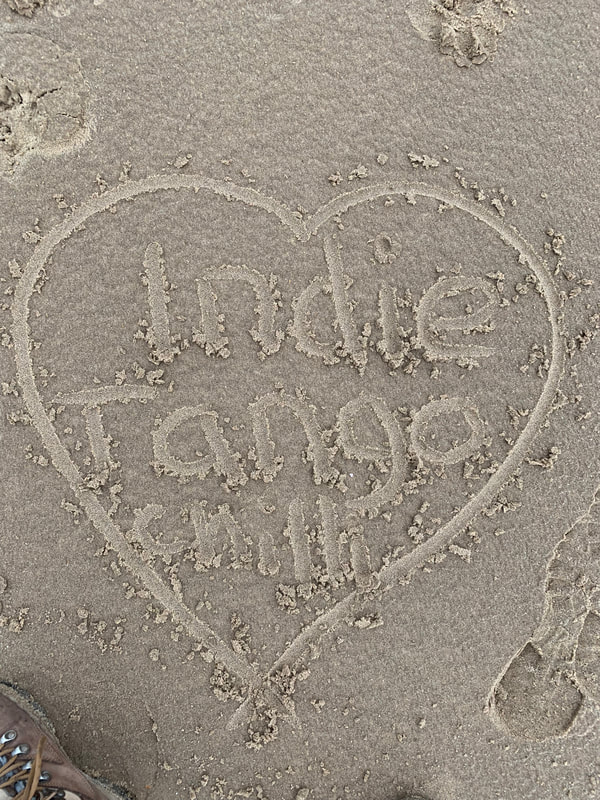 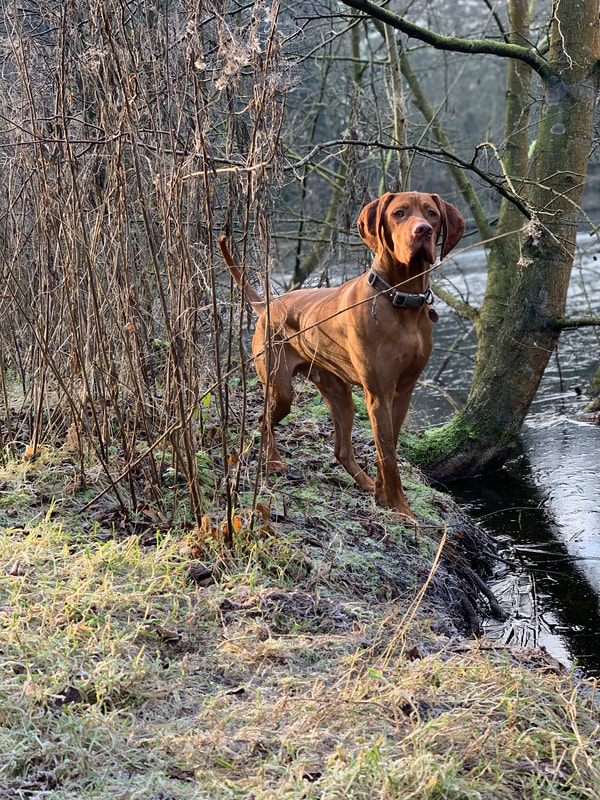 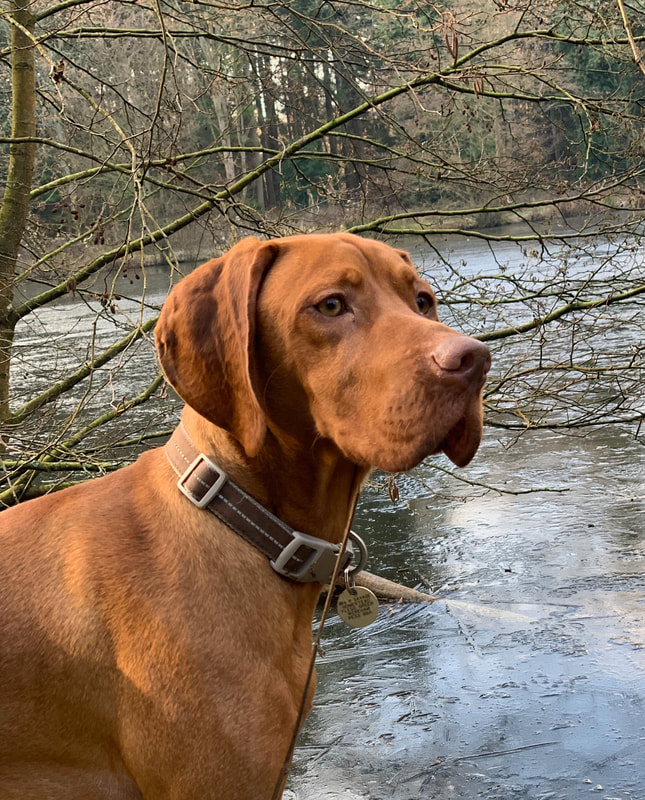 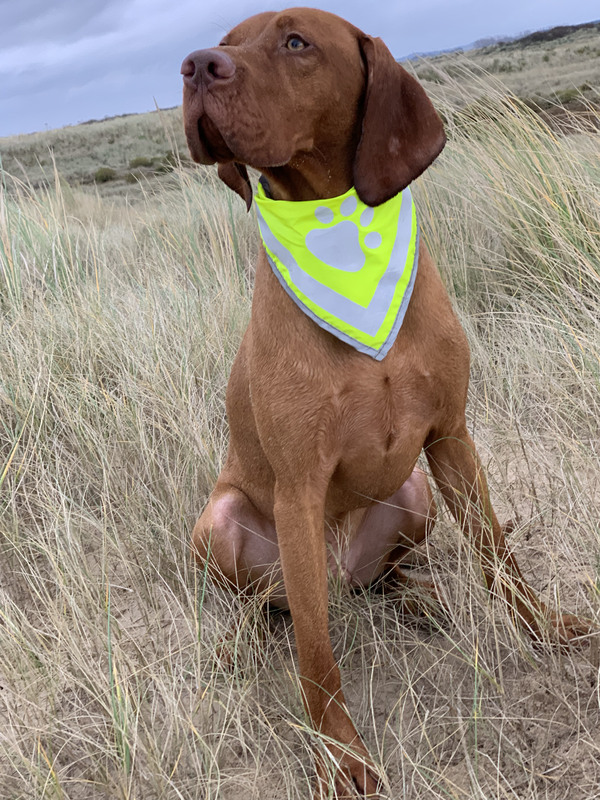 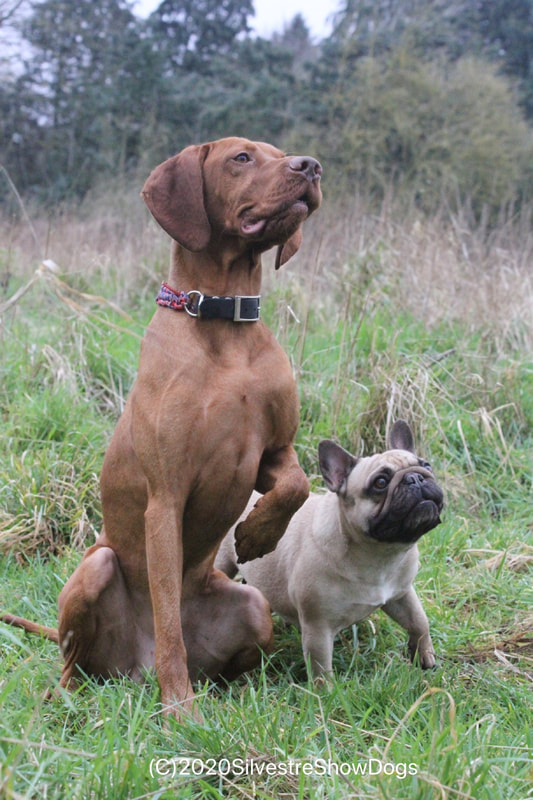 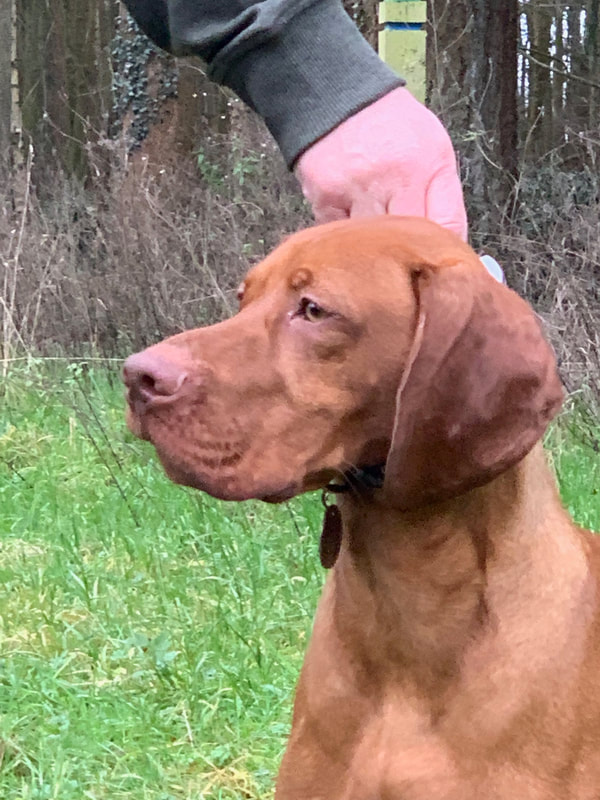 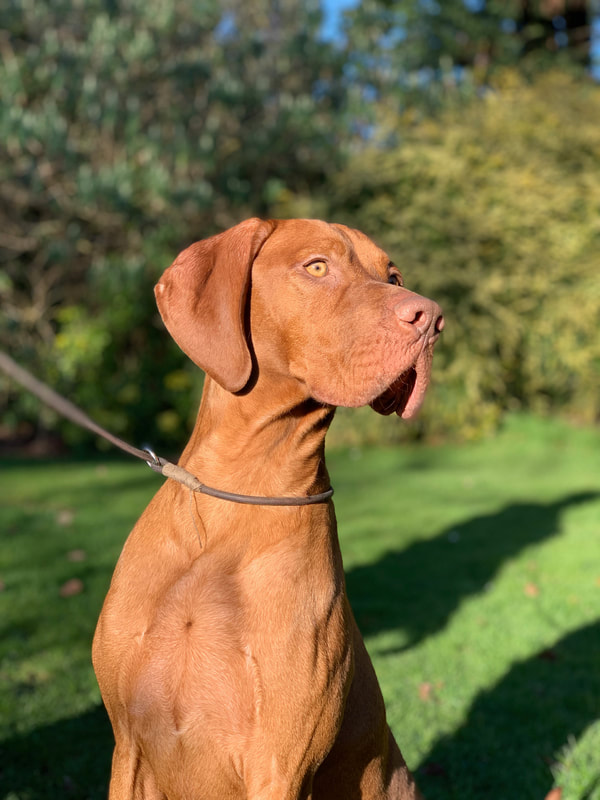 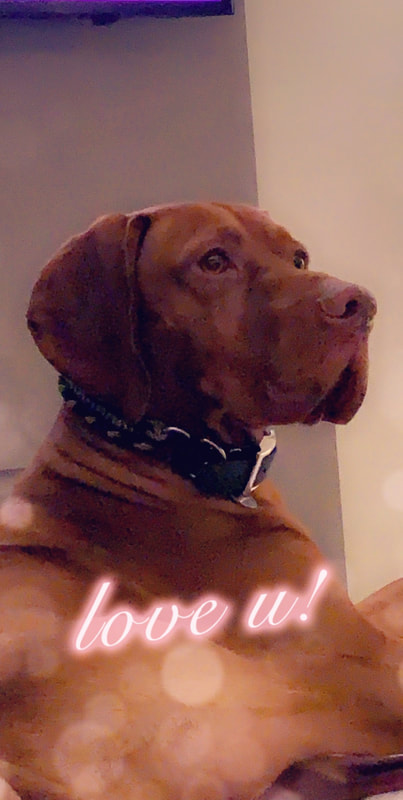 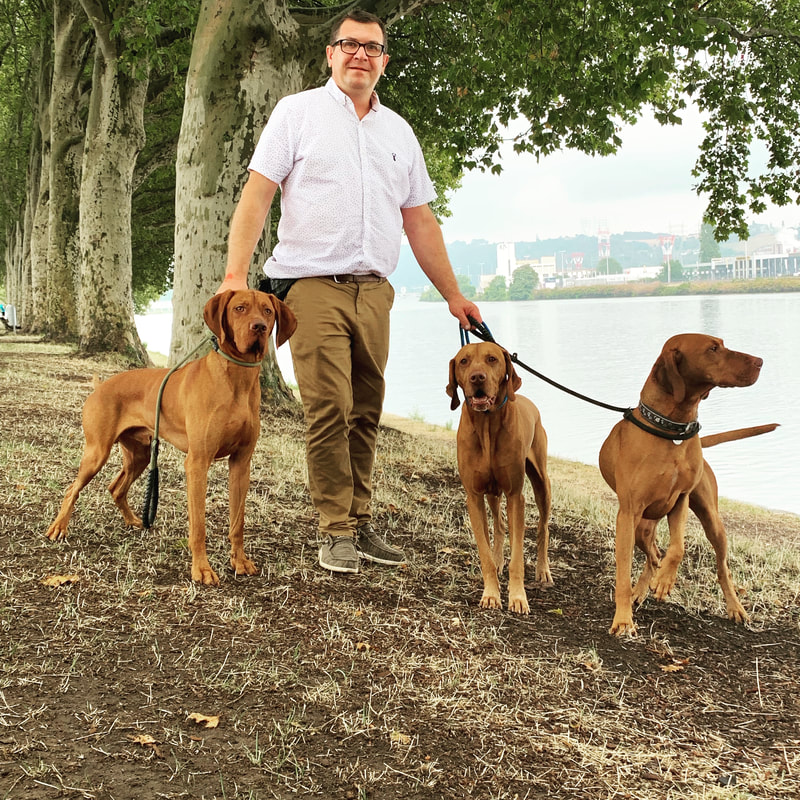 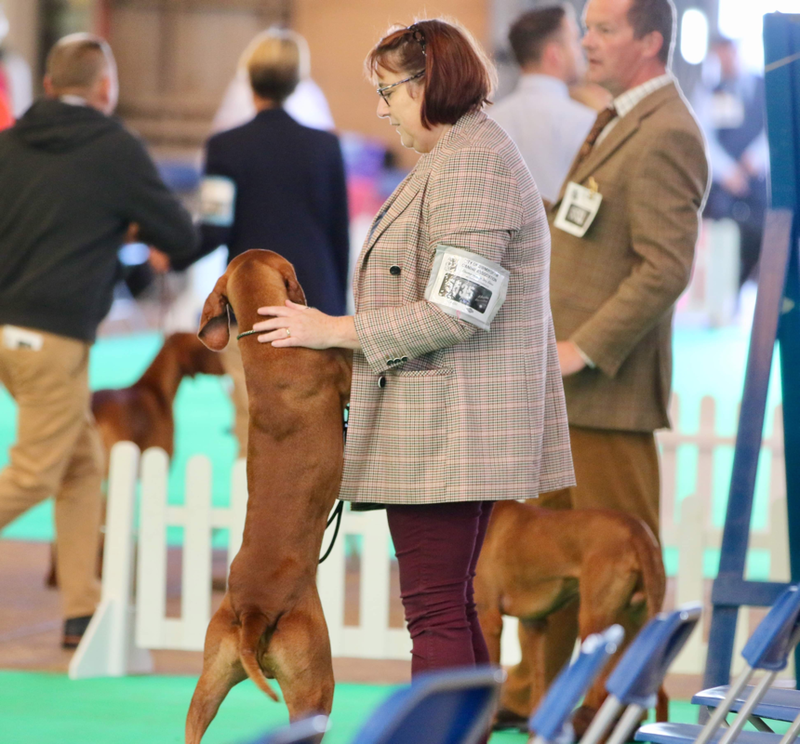 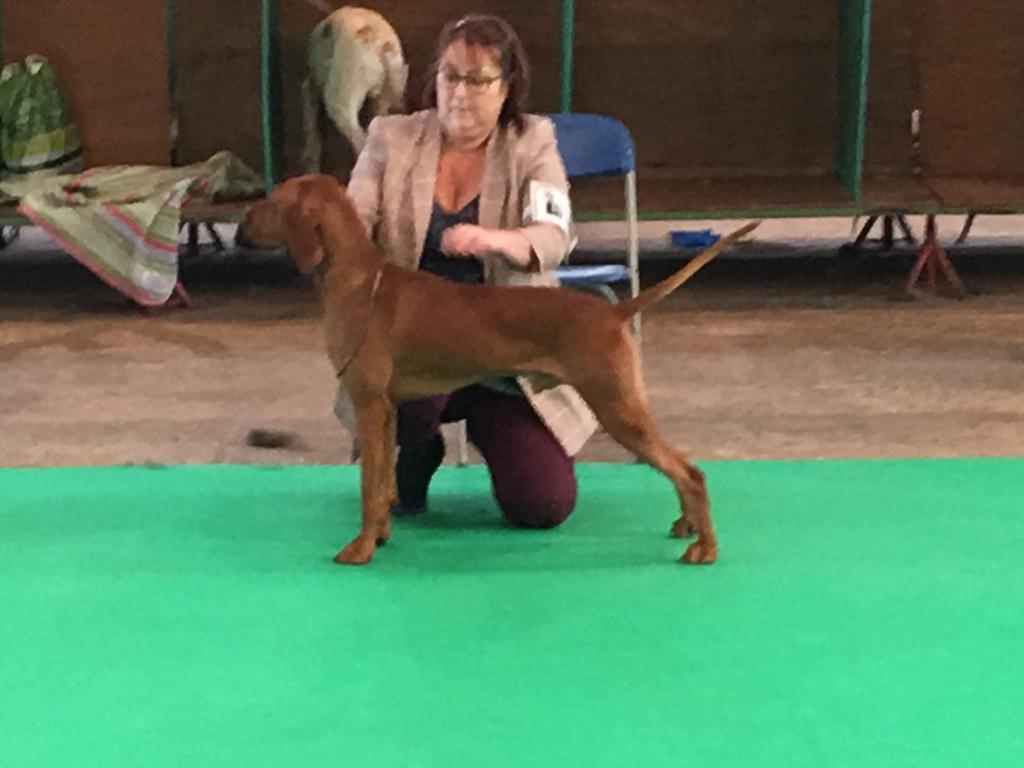 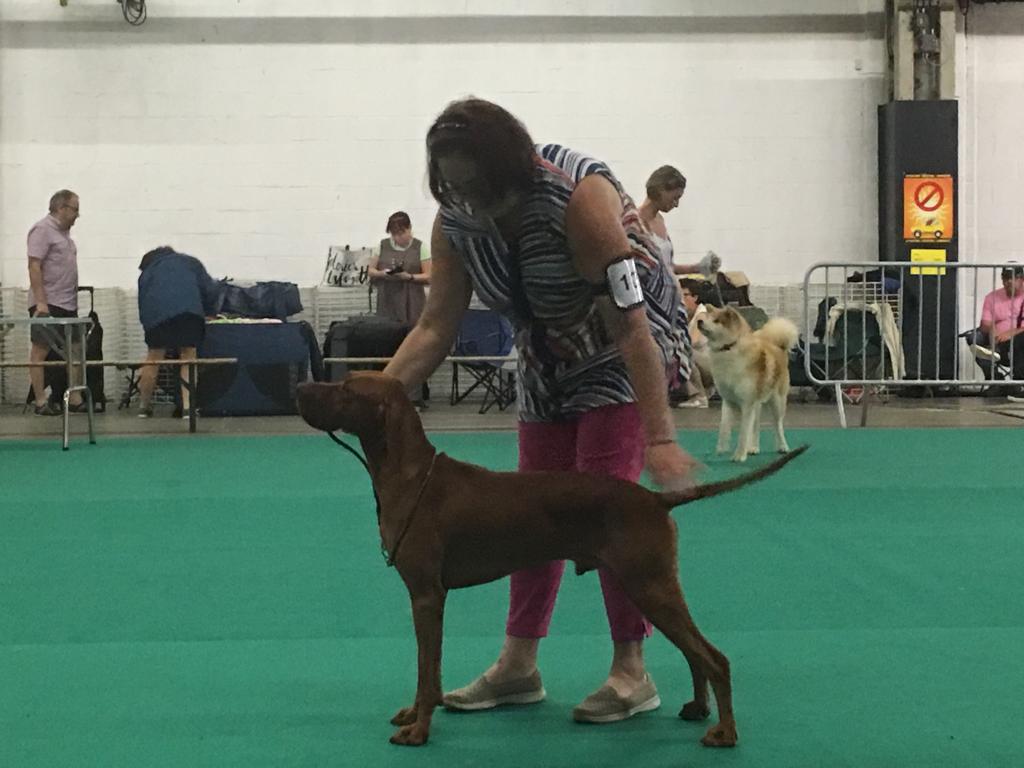 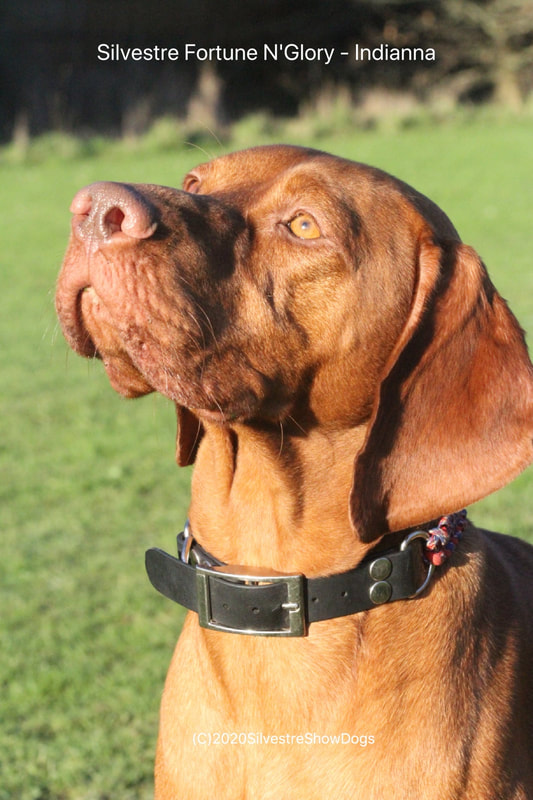 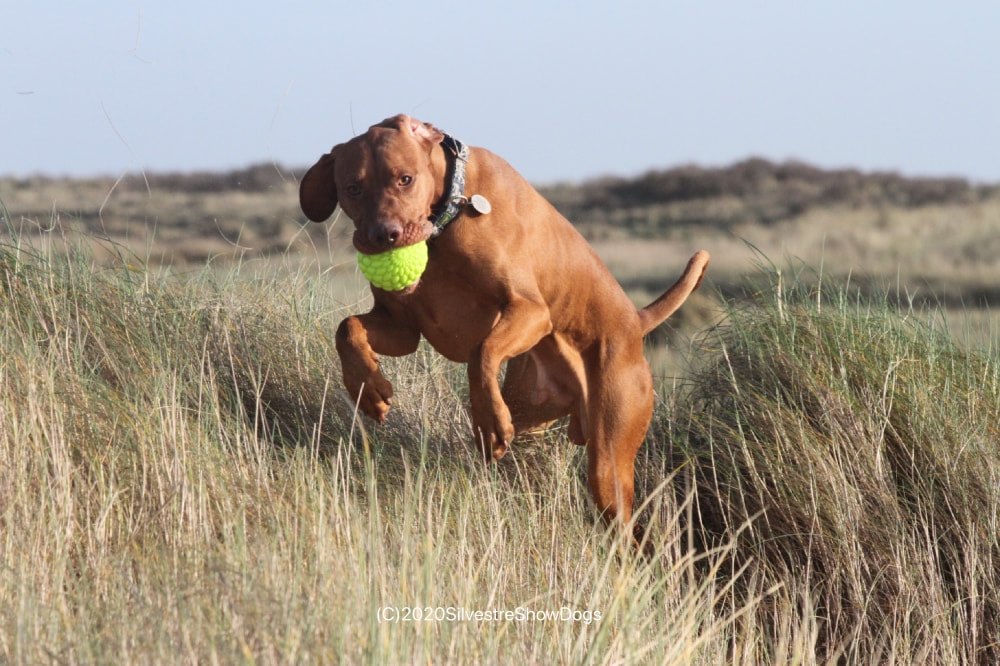 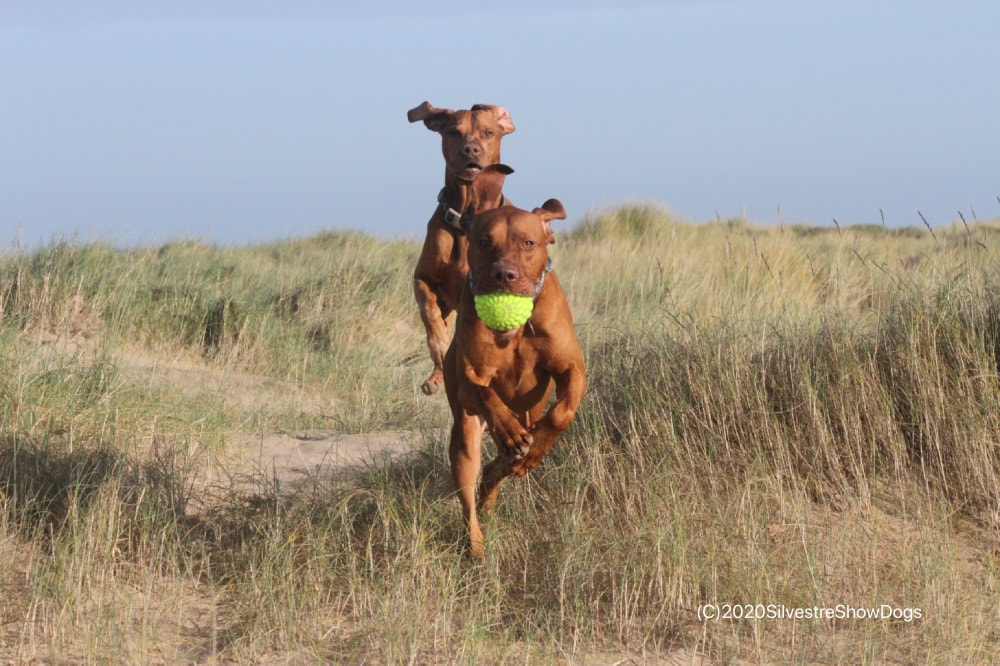 ​Dad Finn won Best of Breed at Crufts 2018. It was a joy to watch him win this as we went along that day.
Hungarian Vizsla, Pug, French Bulldog breeder in Norfolk